Places to Go in the UK: Hebden Bridge

Hebden Bridge railway station lies on the Calder Valley Line between Manchester Victoria and Leeds City. The station is now painted in the original Lancashire and Yorkshire Railway colors, decorated with hanging baskets, original signage and luggage trolleys.  The present building dates from 1891. From the north east, it is accessed via the TransPennine Express service into Leeds, and the line runs west via Bradford Interchange to Halifax and on to Manchester via Hebden Bridge.

I spent a few hours there on the sunny 6th June, having finished work in Lancashire early and being on a timed departure Advance ticket from Leeds.  It’s a market town the Upper Calder Valley of West Yorkshire. Steep hills with fast-flowing streams and access to major wool markets meant that Hebden Bridge was ideal for water-powered weaving mills and the town developed during the 19th and 20th centuries; at one time Hebden was known as “Trouser Town” because of the large amount of clothing manufacturing. 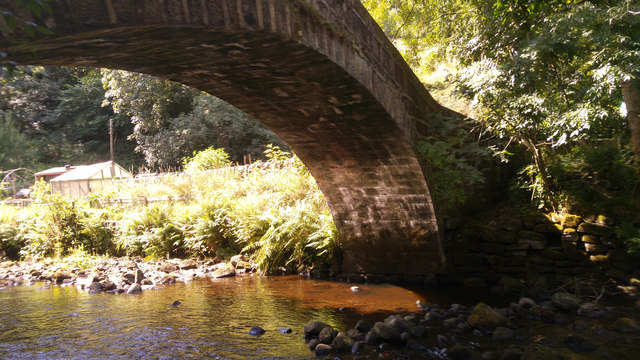 Drainage of the marshland, which covered much of the Upper Calder Valley before the Industrial Revolution, enabled the construction of the road which runs through the valley. Before it was built, travel was only possible via the ancient packhorse route which ran along the hilltop, dropping into the valleys wherever necessary. The wool trade was served the Rochdale Canal (running from Sowerby Bridge to Manchester) and the Manchester and Leeds Railway, opened in 1840 (later the Lancashire and Yorkshire Railway).

During the 1970s and 1980s, the town saw an influx of artists, writers, photographers, musicians, alternative practitioners, teachers, Green, and New Age activists and more recently, wealthier ‘yuppie’ types. This, in turn, saw a boom in tourism to the area. During the 1990s Hebden Bridge became a dormitory town, due to its proximity to major towns and cities both sides of the Pennines.

A solution for the lack of space

Hebden Bridge suffered two devastating floods in the summer of 2012, and again at Christmas 2015, the worst damage being in the town center, although you would barely know it now and most businesses are trading again.  Although it is a popular place to live, space is limited due to the steep valleys and lack of flat land. In the past, this led to “upstairs-downstairs” houses known as over and under dwellings. These were houses built in terraces with 4–5 storeys. The upper storeys face uphill while the lower ones face downhill with their back wall against the hillside. The bottom 2 storeys would be one house while the upper 2–3 storeys would be another. This also led to unusual legal arrangements such as the “flying freehold”, where the shared floor/ceiling

Hebden Bridge has built a reputation for “great little shops” and has an unusually high density of independent shops for a UK town of its size. In a national survey by the New Economics Foundation in 2010 Hebden Bridge was ranked sixth on a diversity scale and was praised for its independent shops and unique shopping experience.  I found myself in the Olive Tree restaurant, a Turkish enterprise which I later found was the #1 restaurant of 51 on Trip Advisor, and enjoyed their early bird menu before taking my direct and punctual onward train to Leeds and home.

For more news and information on traveling to and through the UK, visit nationalrail.com. Curious for more thrilling articles on places to go in the UK, stay tuned for more!